The WELL standard for healthy spaces and lifestyles is backed by onsite auditing, but some occupants would prefer to slowly kill themselves in peace.

A spokesperson for the International Well Building Institute (IWBI) responded today to allegations that an auditor for its certification program, WELL, stole private property during his visit to a commercial high-rise in Manhattan.

“All indications are that our auditor was performing a routine PSBD [Public Safety Burger Disposal],” claims Michelle Moore, senior vice president at IWBI. “However, we have opened an investigation into this matter. I have no further comments.”

Exclusive to BuildingGreen: The victim speaks

The alleged victim of the theft, Ryan Miller Jr., told BuildingGreen, “I was just running to the break room for an extra salt packet, and when I got back, my lunch was gone!”

Miller, a junior underwriter at Chubb Group’s Manhattan offices, continued, “Then this smarmy guy in yoga pants comes around the corner with my McDonald’s bag in one hand and my milkshake in the other, and is all smirking, like, ‘IIIIIIIII’ll take this, young man.’ Then he just walks out, drinking my Neapolitan shake! Double-u tee eff?”

Too much of a good thing?

Responses to WELL have been mixed due to an increasing number of similar commissioning incidents—refrigerators ripped from the wall because they lack the requisite number of crisper doors; yoga mats tossed down garbage chutes because they were sprayed with Lysol instead of IWBI’s patented vinegar wash; and pipes severed because of water filtration mechanisms that had not been replaced every 31.6 hours as required by the stringent health standard.

The incidents have also renewed concerns about IWBI’s rigorous Paternalistic Training Regimen (PTR) for WELL Building auditors. In addition to grueling repetitions of such phrases as “Nice muffin top,” the PTR is reputed to require three hours of CrossFit daily, total avoidance of fluorescent light in all its forms, and a strict diet of chia seeds, with occasional sniffs of wheatgrass juice for dessert. Questions also remain about the stringent admissions exams. Tristan Roberts, a DEEL AP and executive editor at BuildingGreen, attempted to enter the program but was rejected due to low vitamin D levels, traces of dairy in his bloostream, an inability to touch his heels to the floor while in the yoga pose known as downward-facing dog, and alleged possession of a “yellow-green aura.”

“I’m not saying these auditor people are going to drink your milkshake,” noted Detective John O’Malley of the NYPD. “But the motive is there, and we’ve got our eye on WELL.” 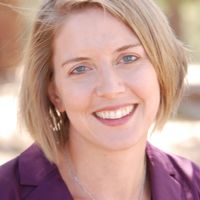 Ha, ha! Sounds like "The Onion" to me. I attended the two day WELL Assessor Training in Cleveland a couple of months ago and was impressed with the rigor and detail of the rating system. Definetly a step in the right direction towards improving health and wellbeing in buildings.

Renee, did they serve chia seeds at the training? Or possibly onion milkshakes? ;-)

Make Your Buildings WELL: A New Design Standard for Health