RELi is USGBC’s new standard for projects designed to endure and recover from extreme weather.

The U.S. Green Building Council (USGBC) launched a new certification Tuesday that sets the first standard for designing buildings and communities that withstand and recover from natural disasters including floods, tornadoes, droughts, and wildfires.

“Designing with resiliency in mind is crucial to developing sustainable buildings, communities, and cities,” said Ramanujam. “We need to raise awareness, increase capacity and adoption of resiliency in our built environment if we truly want to realize a sustainable future for all.”

Ramanujam said GBCI will verify certification of projects under the RELi standard, develop an associated professional credential program, and scale “this mission to the global market place.”

RELi was developed by The Institute for Market Transformation to Sustainability (MTS) to help design teams plan for hazards and emergencies that could cut power and heat, or compromise a building’s functionality.  (For more on RELi, see The C3 Living Design Project.)

RELi has been developed for more than two years (see The Four Core Issues to Tackle for Resilient Design).

GBCI’s announcement comes after a historic season of hurricanes and wildfires that devastated communities across North America and the Caribbean, which are just now beginning to recover and rebuild.

At the beginning of the design process, the RELi system lays out a “panoramic” approach that requires studying the adaptation needs of a project and facilitating an integrative design process that includes community stakeholders.

RELi specifies steps for preparing for hazards and emergencies by making sure people have food, water, backup power, and the technology to communicate in the days or weeks following a disaster.

It includes specific requirements such as providing first aid training for a percentage of staff or occupants, 96 hours of emergency supplies such as “compressed food bars” and low-glycemic foods, as well as basic communication technologies, including land-lines, text-messaging, and walkie-talkies.

Projects can also earn points towards certification by including provisions for people in the community who don’t live in the building. For example, there are credits that set standards for providing food, water, sanitation, and shelter for twice the project occupancy.

USGBC, GBCI, and MTS will establish a RELi Steering Committee “to enhance the current resilient standard that will also include the LEED pilot credit,” according to Ramanujam. The Steering Committee will be chaired by Doug Pierce of Perkins+Will, lead author of RELi.

“I’m thrilled that the U.S. Green Building Council will be taking a leadership role with resilience,” noted Alex Wilson, founder of the Resilient Design Institute and BuildingGreen. Wilson was co-chair of the USGBC Resilience Working Group, which is being sunset, and will be vice-chair of the new RELi Steering Committee. “Events this year in Houston, Florida, Puerto Rico, and Northern California have amplified just how important resilience is for our nation’s well-being.” Wilson was instrumental in the development of the Resilient  Design pilot credits in LEED, which are being folded into RELi.

“With the stakes so high,” Ramanujam said, “we have no time to waste, and now is the time to combine all of our efforts to make sure we are looking in the same direction and have a stronger planet.”

Help me out, can you give me a short useful definition of Resilient Design. I mean isn't it just durable?

Resilient design starts with the envelope.

The resilient envelope? A concrete sandwich (don't try to eat it). Mass on the inside for thermal storage (which can keep building occupants comfortable for a couple days without power), then exterior continuous insulation to keep the energy in the building, then mass on the exterior to ward off flying debris.

please, is it applicable in 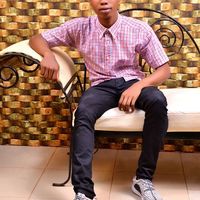 please, is it applicable in all climatic conditions?

How a Hurricane Forged New Hope for Resilience

Checking for Resilience in Multifamily Housing

Making the Case for Resilient Design