Gwyneth Paltrow’s offering to the sustainability world rewards projects for venerating the “cradle of civilization.”

Although GOOP stands for Gyno-Ovarian Occupant Priorities, Paltrow denies that the standard only serves cisgender women. “All life originates in the womb, so it only makes sense to design buildings around this true cradle of civilization,” she told BuildingGreen. During the planning stages for GOOP’s headquarters in Santa Monica, California, Paltrow was dismayed to learn that other building standards largely ignore “female reproductive anatomy.”

“Even the so-called WELL Building Standard disregards women’s unique needs, other than lactation support. That’s not a bad start, but it barely scratches the surface of what a woman needs to be whole and healthy in our increasingly toxic world.”

GOOP, by contrast, is founded on the principle that nurturing women’s physical, emotional, and psychic wellbeing is essential to individual, community, and global wellness. “It’s no wonder our world is falling apart, with the halls of power in such aggressively masculine buildings,” said Paltrow. “Admittedly the U.S. Capitol dome looks like a milk-filled breast, with a goddess on top, no less. But the dome itself is made from over 4,000 tons of cold and unyielding cast iron. No amount of vagina-scented candles can make up for that.”

Paltrow co-developed the standard with Green Business Certification Inc. (GBCI), working specifically with chief transformation officer Voluptua Hearthstone, FAIA. Paltrow said, “I spent countless hours with Voluptua, starting with an intense peyote journey in a Sonoran sweat lodge. After four hours of chanting, and an eye-opening near-death experience from dehydration, we mutually came to a vision of what we wanted to accomplish.”

Hearthstone told BuildingGreen, “The GOOP Standard is built on the six senses, including mind. We experience all six senses continuously, but smell, taste, and touch are so often overlooked in building design and construction. GOOP, however, places them at the very core. Did you know it’s possible to achieve LEED Platinum without including a bathtub? Same with WELL Certification. By contrast, GOOP requires a bathtub, and awards additional credits for depth, number of massage jets, volume of live plants surrounding it, and the presence of a waterfall.”

Furthermore, the GOOP Standard encourages more active wellness practices. For example, Paltrow is partnering with Otis Elevator and the makers of the Elvie Trainer to develop “Kegel-powered elevators.”

“I, for one, always do Kegel exercises while standing idle,” said Paltrow. “In fact, I’m doing them now.”

Due to the many nuances of the GOOP Building Standard, Paltrow partnered with BuildingGreen to create GOOPuser, a web resource to support GOOP professionals through the certification process. In addition to detailed guidance through all the GOOP stages, called “folds,” GOOPuser has a discussion forum where users can post questions.

“Traffic has been limited so far, given the newness of the standard,” said BuildingGreen editorial director Paula Melton. “But we’ve had a surprising amount of activity in our sub-forum about coping with feelings of personal inadequacy in relation to Gwyneth Paltrow.”

Paltrow expressed regret about this, but admits she’s grown accustomed to discussions of that nature. “I know that people think that I have a certain amount of pulchritude,” she told BuildingGreen. “And, of course, I have an Academy Award, and now a multi-million-dollar lifestyle empire. But I personally reject this competitive mindset, and I hope buildings that attain GOOP certification will nurture a new way of thinking.”

Sensitive to the “toxicity” of a tiered rating system, GOOP has only one level of certification. “GOOP has no highest rating, such as Platinum, since there’s always further opportunity for growth and improvement. We tried to imagine what the apotheosis of GOOP would look like, and although it’s splendid we can always strive for more.”

To prove her point, Paltrow showed us designs of the luxury retreat she’s planning to build in Costa Rica. “We selected the site because it has a natural spring inside a deep, moist cave, hidden from view by lush vegetation. Our plan is to surround the cave with a spa facility, massage rooms, a Tibetan meditation gompa, a sunlit yoga studio, and an onsite kombucha bar.

“Some might call this the pinnacle of GOOP, but no one building or facility can provide everything the human spirit needs to thrive.”

To this end, Paltrow is also developing the GOOP Habitat Standard, which applies to entire networks of related buildings. “For example, a complete GOOP Habitat would include the Costa Rica spa, but also a bracing ski chalet in the Swiss Alps that’s built to the GOOP Standard.”

When BuildingGreen asked Paltrow when the facilities would be open to the public, she said, “The public? Whatever for?”

Our interview with Gwyneth Paltrow predated the Covid-19 crisis. In a follow-up message sent from her secret island in the Caribbean, called “My Secret Island,” Paltrow said, “My heart breaks for everyone disrupted by Coronavirus, but it just shows synchronicity at work. By pure coincidence, we’d already begun developing the GOOP Resilience Standard, which My Secret Island conveniently meets. Every morning I do yoga on the beach and then pluck ripe fruit right off the tree. The storeroom is amply stocked with staples, including ceremonial-grade matcha sticks, glacial marine clay body cleanser, and psychic vampire repellent. I only hope everyone else is so well prepared for our long, shared experience of solitary renewal.”

thank you for this 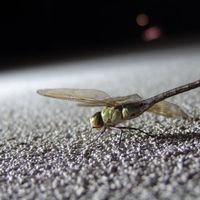 there are so many highlights from this article, its hard to decide where to start.  so how about i just end it with "kegel-powered elevators." 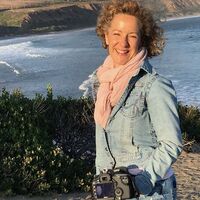 Reviewers could really have some fun with this one!

I didn't know how much I

I didn't know how much I needed this to exist. 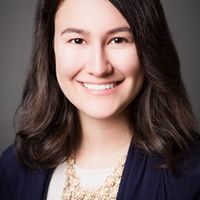 This is truly quality writing, got actual out-loud laughs out of my morning email routine! Thanks for this!

Got me on this one

I really forgot today was April's fool almost got me. Good one you folks!

The whole issue is fantastic,

The whole issue is fantastic, but this article really made my day! 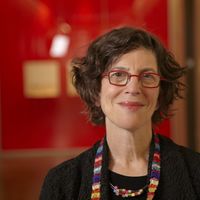 This article and the whole newsletter are fantastic! Thanks for nurturing our inner souls with humor and doing it so well. I think I'll reread this daily for a while.

It was much needed dose of humor during these challenging times - much appreciated, thank you!

"The public? Whatever for?" 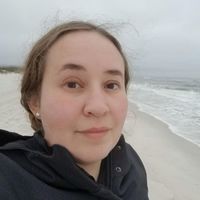 Neuroarchitecture: Thinking with Our Buildings