FSC, LEED, and the Price of Perfectionism

A hard line against industry-sponsored alternatives to FSC certification in the past may have unfortunate outcomes for the world’s forests.

Throughout the eight years I spent as founding chair of LEED’s Materials & Resources Technical Advisory Group (MR TAG), no single issue consumed as much of our time and attention as forest product certification. Ever since LEED arrived, forest product companies and associations have lobbied to change the U.S. Green Building Council’s (USGBC’s) position of endorsing only Forest Stewardship Council (FSC) certification.

Over the years, two specific proposals were introduced and then rejected by USGBC members, with strong lobbying by FSC and its supporters. The first, in 2006, was drafted by BuildingGreen founder Alex Wilson at the request of USGBC’s Board of Directors. It called for two tiers of credit recognition, with two points  for FSC wood and one for wood that is documented as coming from legal sources. USGBC put that proposal out to members without much supporting outreach or education. FSC advocates organized strong opposition, and it didn’t move forward.

From 2008 to 2010, with technical support from Yale University forest certification experts, the MR TAG developed a more complex system for evaluating certification programs. That system was also proposed as a way of allowing for multiple tiers of recognition, and it was also rejected by members.

Throughout these debates, the pro-FSC position has been that any program that falls short of FSC in rigor is inherently flawed. A subtext of this position is that industry-sponsored forest certification programs can never be trusted and can’t be given a foothold in LEED. The Sustainable Forestry Initiative (SFI) has, in fact, tended to give foresters on the ground more leeway to make decisions—a position they argue leads to better outcomes for the forest than FSC’s more prescriptive approach. But there are also some substantive measures in FSC that SFI doesn’t address.

To me, the bottom line has always been that whatever approach LEED takes, it should provide an incentive for all these programs to keep improving. The two-tier approach that was rejected in the past did just that: FSC had to keep getting better to justify its higher valuation, and SFI would keep striving to catch up to FSC. Instead, USGBC members refused to give SFI a foot in the door. By shutting them out entirely, they risked inviting an assault on LEED, which materialized successfully in Georgia and Maine.

Apparently, USGBC finally decided that the cost of continuing to fight those battles with the industry was higher than the cost of alienating the pro-FSC lobby, so they used the pilot credit path to allow SFI and the other programs in without asking members first. They could do this because pilot credits are time-limited—though they haven’t stated what the time horizon is for this one. And they’re justifying it by simultaneously addressing the persistent problem of illegally harvested wood; until now, there has been no mechanism to keep it out of LEED buildings.

This move against wood from illegal sources is excellent—although, until it becomes a prerequisite, the problem of such wood being used in a LEED building hasn’t really been solved. And if it is introduced as a blanket prerequisite, it could, in effect, discourage the use of wood in favor of more carbon-intensive materials. Because the highest risk of illegal harvest tends to be in tropical forests, as a first step it should become a prerequisite for non-structural uses of wood, which would solve most of the problem without much backsliding on carbon reduction.

The pilot credit as applied to LEED version 4 severely undermines LEED’s support for the higher certification standard represented by FSC and, perhaps more unfortunately, removes any incentive for either FSC or the other programs to keep improving. I can only hope that it won’t be around in this form for very long, and that a smarter compromise position can finally be reached.

In retrospect, our core question as FSC advocates a decade ago should not have been “How do we keep SFI and other industry-backed programs out of LEED at all costs?” but “How can those programs be included in LEED in a way that minimizes damage to FSC and promotes the values we all share?”

Maybe this new initiative is an opportunity to reopen that conversation.

Malin, N. (2016, April 8). FSC, LEED, and the Price of Perfectionism. Retrieved from https://www.buildinggreen.com/op-ed/fsc-leed-and-price-perfectionism

Thanks for history lesson and a balanced perspective 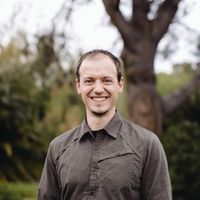 Current MR TAG members appreciate your years of leadership Nadav.  The pilot credit, despite all the political positioning by various parties, is just that, a pilot to field test a new approach.  I don't think anyone considers it perfect and we would appreciate any suggestions you have for how to improve the approach.  The goal, as ever, is to promote sustainable use of the world's forests. 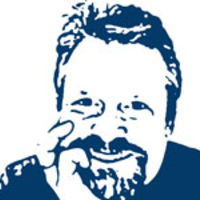 Thank you, Nadav, for this clear and concise explanation - as usual, BuildingGreen demonstrates its ability to bring deep experience and evenhanded analysis to complex and important issues.  This is a great resource for those of us less experienced and working to gain knowledge to guide our own colleagues and clients.  Looking forward to the conversation.

A few points of disagreement 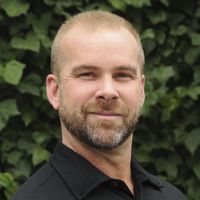 This is a fine editorial overall, but I disagree with some of your points. Alex’s original proposal was to revise the Rapidly Renewable credit to recognize all bio-based materials, including wood, as long as the wood came from legal sources. This would have credited SFI, FSC and uncertified wood from most places — for example, Pacific Lumber’s legal liquidation logging of their remaining old-growth redwood in Northern California (they were SFI-certified at the time).  Under the proposal, the FSC credit would have stayed the same. So: use wood from just about anywhere at no additional cost, and you earn a point. Or, go to the extra trouble and expense of using FSC-certified wood, and you can earn a point. You have one point that’s a complete gimme and another that’s kind of hard to do — especially back then. How many project teams would have reached for the FSC point? What would have happened to the market driver for FSC? Most FSC supporters are all for a LEED prerequisite for legal wood, but how can LEED actively reward simply complying with the law? This doesn’t pass the laugh test. In addition, FSC and its allies were very close to supporting the forest certification benchmark but in the last public comment round USGBC watered down some key criteria. We weren’t looking for perfection but something that would require SFI to make meaningful improvements in key areas before they got let in and the entire green building world blessed the forest practices they certify as “responsible” when in too many cases they're far from it. It’s true that there are many FSC supporters who have insisted that only “FSC or better” should be credited. But no one I know thinks FSC is perfect. And I don’t think this is a case of the (Iess than) perfect being the enemy of the good. Let’s do a flyover of the million acres of SFI-certified Weyerhaeuser clearcuts in SW Washington and you tell me if you think it’s good. Finally, you write: "To me, the bottom line has always been that whatever approach LEED takes, it should provide an incentive for all these programs to keep improving. The two-tier approach that was rejected in the past did just that: FSC had to keep getting better to justify its higher valuation, and SFI would keep striving to catch up to FSC."I strongly agree that incentives for continuous improvement would be wonderful, but I don’t see that Alex’s original proposal would have done anything to keep SFI and FSC improving. What is the basis for assessing and therefore incentivizing improvement? It would have recognized both systems exactly where they are - and, for that matter, existing regulations.  The forest certification benchmark had the potential to provide a framework containing these incentives, but it was botched at the 11th hour.  In the end, if LEED is going to incentivize continuous improvement in forest certification, I don’t see how we do it other than with a benchmark. But as we now know, its development will always be a major political football, and it is very difficult to get it right. A lot of good work was done on the benchmark that failed, and if there were a renewed attempt, at least it wouldn’t be necessary to start from scratch.

Why the USGBC Should Change LEED's Position on Wood