Project teams can save time and money by involving regulatory officials earlier.

As project delivery models have evolved and become more collaborative in support of high-performance design, the role of various project stakeholders has also evolved. But this process has generally left out code officials.

A paper, “Realizing High-Performance Buildings by Engaging Code Officials Early in the Process,” examines the benefits of having code officials involved earlier in the design process. Published by the National Institute of Building Sciences National Council on Building Codes and Standards (NCBCS), the paper proposes a new regulatory model based on the idea of the code official acting as a consultant and facilitator.

“Involving code officials, such as building, fire, mechanical, and plumbing officials, early in the project provides the project team with comprehensive client services while helping to deliver predictable enforcement expectations,” according to the paper.

The paper notes that, historically, the only function of code officials has been to verify through review and inspection that a project is in compliance with regulations. Project teams do not usually engage regulatory agencies until late in the design process, often not until projects are submitted for approval—which puts code officials into a reactive rather than proactive position.

Code officials in many jurisdictions have reported to NCBCS that addressing potential regulatory concerns early in the design process is the best way to avoid issues that would often be more expensive and time consuming to address later, during construction.

Engaging code officials earlier also provides an opportunity to discuss the specific aspects of a project. For example, when a design team is considering alternative approaches or products, it can be useful to have code officials involved to provide regulatory feedback that could ultimately help facilitate the permit and review process. Code officials could even share examples of design solutions successfully used in other, similar projects.

Beyond a preliminary or courtesy code review, NCBCS proposes that code officials engage with all project stakeholders as early as possible. The paper provides a draft meeting agenda for an initial regulatory charrette, facilitated by local code officials and including all project team members, so that project requirements and goals can be discussed in the context of regulations.

The paper explains that a current challenge in shifting to this new regulatory model is a lack of staffing at state and city agencies.

sadly maybe not in NYC

This is certainly an ideal! But the sad state of affairs with the NYC Department of Buildings is an unfortunately adversarial relationship between design professionals and the department plan examiners and inspectors. It is only after a full set of drawings is developed that feedback is obtained. We would love to be able to have schematic design and design development meetings with examiners and the design team and identify issues early and work collaboratively to ensure HSW and meet the desired performance goals. Alas, this is not the case. It can be a very long and drawn out process, and costly for clients and design professionals as well.

This is NOT Going to Happen! 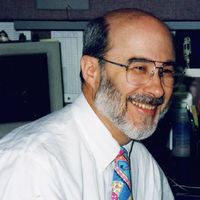 The suggestion that code officials get involved earlier in the design process is great, but it will not happen unless there is funding for their time and legal protection for them and the towns/cities they serve. The article doesn't address either. The whole profession of code consulting is based on these two facts.

How to Make Integrated Project Delivery Work for Your Project