Can AIA Really Reinvent Itself?

AIA’s “Big Move” invites architects to step up to the challenges of our time.

In 2019, The American Institute of Architects announced a shift that is nothing less than transformational for the 160-year-old organization, and unprecedented among professional associations. The Institute, which has historically dedicated itself to defending the turf of licensed architects and recognizing the professional achievements of its members, committed to a much larger cause: addressing the climate emergency. How does a stuffy old institution reinvent itself as an activist organization? And can it survive the metamorphosis?

A change hiding in plain sight

As someone who has observed the AIA for nearly three decades and applauded its various sustainability initiatives, I find myself alternating between amazement at the shift and concern about whether it can stick. I’m also surprised by how many AIA members and allied professionals are unaware of the change that’s been declared. It’s a change so unexpected, so out of character for the Institute, that it’s easy to miss.

While the big change happening now feels sudden, the groundwork for it has been laid over the past three decades. (For a full history of AIA’s Committee on the Environment going back to the AIA Energy Committee of the early 1970s, see Kira Gould’s excellent report.)

Some key milestones include:

Despite these and many other incremental steps, it took a major controversy to really galvanize AIA members behind taking a more activist approach to social and environmental issues. Immediately after the 2016 presidential election, AIA leadership issued a standard memo, beginning with “The AIA and its 89,000 members are committed to working with President-elect Trump….” As noted by The Architects Newspaper, there was a near-mutiny in response, as the vast majority of AIA members had no interest in supporting Trump’s agenda.

That reaction, masterfully channeled by 2018 AIA President Carl Elefante, FAIA, brought AIA to the tipping point. When Betsy del Monte, FAIA, introduced a resolution for “Urgent and Sustained Climate Action” at the 2019 Conference on Architecture business meeting, it passed overwhelmingly. In a bittersweet response to the vote, Bob Berkebile, FAIA, noted that this resolution was not so different from the Critical Planet Rescue measure he tried to get adopted thirty years earlier. What a difference a few decades of climate change make.

Finally—real relevance for the profession

This transformation of the organization, which has been creeping up slowly for decades, is suddenly in high gear. It’s long overdue in the eyes of some members, and inappropriate overreach according to others. Like any dramatic change, it won’t be smooth. Some members will quit the organization once they realize it’s serious about this new role. But others—especially younger architects who otherwise would have had little interest in joining AIA—may sign on.

Engagement from the younger generation of architects will be the most significant benefit to the organization. AIA has tried messaging and public relations campaigns in the past to attract new members, but those have tended to fall flat because they were not authentic to the Institute’s agenda at the time. Now AIA is showing up with substance, not just slogans.

For the old guard of AIA members, this change won’t be easy. Architects have to serve their clients first, of course—but they now have an ethical mandate to serve the well-being of their communities and the entire planet as well. This train has left the station—it’s time to get on board.

The American Institute of Architects
www.aia.org 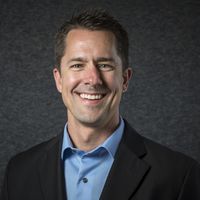