A subterranean portion of the structure will host thousands of workers.

Renderings of Amazon’s forthcoming Arlington, Virginia headquarters wowed the world with a swirling centerpiece dubbed “the Helix.” Sustainability features include access to copious daylight, indoor gardens that double as flexible workspaces, and an awe-inspiring tree-lined ramp—open to the public, like the rest of the grounds—that promotes exercise as well as connections with nature. Impressive? Sure. But the secret design success story of the new Amazon campus lies beneath.

A subterranean structure mirroring that of the Helix, called “the Downward Spiral,” boasts a ramp as well, this one also populated with wildlife, such as rats and cockroaches. Each of the floors (called “circles”) is devoted to a different function. The first circle is designed for parking and truck docking, but below that, a large network of workspaces will house thousands of Amazon workers going about the business of receiving goods and fulfilling online orders.

“We’re not thinking of this as a warehouse,” Amazon spokesperson Jay Carney told BuildingGreen. “More like just a house.”

In fact, the vision is that workers will never have to leave. Employees working in the Downward Spiral will be provided with their own private earthen chambers (in the fourth circle) to sleep in occasionally. Circle three will boast a self-serve triage center. Large closets will be stocked with crutches, wheelchairs, Air Casts, and Ace bandages so that workers can get back on the job immediately after an injury. The company plans to provide a variety of other perks, too, like an ample supply of empty plastic water bottles so that employees can efficiently respond when nature calls.

Finally, Amazon executives have planned a special employee-of-the-month program. Twelve times a year, the most productive worker for that month will have the unique opportunity to explore the white-collar section of the new Amazon complex for a full hour.

When asked if workers at the new facility were likely take a page from Alabama workers’ book and attempt to unionize, Carney was adamant that such an action would be unnecessary: “What more could they possibly want? A shorter commute? More water bottles? No, I'm sure they’ll be as happy as subterranean clams.”

I made it to the fourth paragraph before realizing it was April Fool's.

Thank you for the laugh!

It's always fun to see how far people get before they realize.... 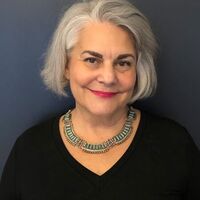 I can always count on a wonderfully creative April Fool from BuildingGreen!  Thank you!

I became suspicious in paragraph 2, but it wasn't until 4 that I smoked it. Like all good comedy, there's an element of truth.

When it's hard to tell parody from reality 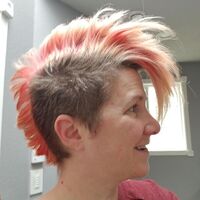 BG does it again! Are there perhaps 7 circles in this "Downward Spiral" by chance?

Thank you for the much needed laughs!

Yet another great April fools news blast! It's great, thanks!

I only saw this only today. This should probably be taken down from the site after 4/1 to avoid confusion. I guess I didn't anticipate false information from a site that depend on for research.