Insulation to Keep Us Warm—Not Warm the Planet

An update on getting the global warming potential (GWP) out of insulation materials.

Today's closed-cell SPF has a global warming potential of 1,430, but if producers adopt new HFO blowing agents, it will drop to close to zero. Click to enlarge.

I’ve been pretty vocal about a big problem with some of our most common insulation materials: that they are made using blowing agents that are highly potent greenhouse gases.

All extruded polystyrene (XPS) and most closed-cell spray polyurethane foams (SPF) are made with HFC (hydrofluorocarbon) blowing agents that have global warming potentials (GWPs) many hundreds of times greater than that of carbon dioxide. (My apologies for contaminating this column with so many acronyms!)

Insulation materials help our homes save energy and, in so doing, they reduce the combustion of fossil fuels and the release of greenhouse gases.

But if the insulation material itself is made with a very-high-GWP blowing agent that may ultimately escape from the insulation, adding a lot of insulation may actually be a bad thing from the standpoint of mitigating climate change. All that was spelled out in my blog post two years ago, “Avoiding the Global Warming Impact of Insulation” and, in greater detail, in the EBN feature article on the same topic.

OK for ozone, bad for climate

Relative to global warming, these blowing agents aren’t as bad as the CFCs that were used originally, but they are as bad as the HCFCs (hydrochlorocfluorcarbons) that were adopted as second-generation blowing agents. (Both HFCs and HFOs are considered totally safe for the ozone, which is why CFCs and HCFCs have been phased out.)

Blowing agents: the next generation

Anyway, given all this, I’ve been closely following the developments by industry in coming up with alternatives that are neither ozone depleters nor significant greenhouse gases.

Two years ago, it appeared that the leading candidates were HFOs (hydrofluoroolefins), and Honeywell announced the development of such a product in 2011. And indeed, it was just announced last week that Whirlpool, the nation’s largest appliance manufacturer (with such brands as Maytag, Amana, Jenn-Air, and KitchenAid, along with Whirlpool), was switching to a new HFO blowing agent for the polyurethane insulation in all of it’s refrigerators.

Whirlpool will be using the new Solstice Liquid Blowing Agent made by Honeywell, one of the nation’s three producers of blowing agents (along with DuPont and Arkema). Solstice HFO has zero ozone depletion potential and a GWP of just 4.7 to 7.0—similar to that of the various hydrocarbon blowing agents used in expanded polystyrene and polyisocyanurate—and insignificant relative to global warming.

Further, Solstice HFO will boost the R-value of the insulation material slightly. Compared with HFC-245fa, this HFO produces insulation with 2% higher R-value, and compared with hydrocarbon blowing agents it offers an 8%–10% improvement, according to Honeywell.

While the change is exciting, it is not immediate. The HFO has just received its approvals from the government, and it will take a while to ramp up production and convert refrigerator factories to the new foam. Whirlpool expects to begin incorporating the new blowing agents into its refrigerators in late 2013.

But what about the closed-cell SPF insulation that is commonly used to insulate buildings?

SPF manufacturers will probably be replacing the HFC-245fa with HFO…but it’s unclear exactly when that will happen. Rick Duncan, the technical director at the Spray Polyurethane Foam Alliance (SPFA), the trade association serving the SPF industry, told me that some SPF manufacturers (“system houses”) are conducting field trials with the new HFO blowing agents, but not all of them.

And the conversion takes time and is expensive—about one year and at least $100,000, says Duncan. With the building industry still in an economic slump, producers aren’t looking to spend a lot of additional money on product development.

Duncan believes, however, that when a new life-cycle assessment (LCA) report on SPF comes out that SPFA is now finalizing, customers will begin asking for lower-GWP foam and manufacturers will respond by producing it. From an environmental standpoint, open-cell SPF (which doesn’t include HFC blowing agents) has just 1/20th the global warming impact of closed-cell SPF.

12 inches of sub-slab XPS was used in this Passive House in New York State. It will take several hundred years of energy savings to pay back the global warming potential of that insulation. Click to enlarge.

Less action in the XPS camp

I was not able to get as much information from the extruded polystyrene industry about when the HFC-134a might be replaced with a lower-GWP blowing agent and whether there is a gaseous form of HFO that could work for that industry. (While a liquid blowing agent is used in producing SPF, a gaseous blowing agent is required for XPS.)

Jan McKinnon, the senior communications manager at Dow Building Solutions (manufacturer of Dow Styrofoam XPS), says that the company is looking for ways to reduce its greenhouse gas emissions. “Since the launch of our new formulation in 2010 [converting from HCFC-142b to HFC-134a], we continue to look at lowering our blowing agent global warming potential, and we have an active process in place to reduce it by 15%,” she told me. She said that they are actively evaluating alternative blowing agents for XPS, “but most of these technologies are still in their infancy.”

Not a great time to invest in products

With a weak building economy and depressed sales of building materials, enthusiasm for a third major conversion has been limited. But I believe that there will be growing demand to produce products with as little impact on global climate change as possible—and if this year’s heat and drought continue, that demand may well grow.

Alex is founder of BuildingGreen, Inc. and executive editor of Environmental Building News. To keep up with Alex’s latest articles and musings, you can sign up for his Twitter feed.

(2012, August 22). Insulation to Keep Us Warm—Not Warm the Planet. Retrieved from https://www.buildinggreen.com/news-article/insulation-keep-us-warm—not-warm-planet

I'm not sure why Bitly didn't work; here are the direct links:

Alex, that spreadsheet is very helpful. It shows that, in a cold Vermont climate using wood heat, the optimum R-value balance for XPS (R-15) and spray PU (R-25) is quite low, whereas for cellulose, there is no inflection point - more is always better.

That's odd that you need a Bitly account; that should just shorten the URL. Here are the direct links, the second of which should download the spreadsheet directly:

Let me know if those work.

Thanks very much, Alex

It's a great tool that lets you vary the assumptions--where you're located, amount of insulation, etc.

Check it out; I'd be interested in your thoughts.

I'd be interested in Alex's response to these alleged corrections, but the air-barrier effect is a red herring commonly used by the spray foam industry, as that is measured indepently of insulation qualities, can be achieved in any number of ways to equal levels, and framing cavities are not the primary air leakage points. That they would repeat such  a marketing claim makes me skeptical of the rest of their claims.

Interesting argument from Demilec, a Quebec-based manufacturer (who advertises in my magazine):Tech director Francois Lalande says his products require 19 times less trucks on the road to deliver than polystyrene, that you mistakenly doubled their blowing agent content by ignoring it's only present in one of the two ingredients, and that in our cold climate (Montreal's is similar to Vermont's), the global warming potential is quickly cancelled by the lifetime energy saving is 30 to 100 greater when  you consider the great air barrier it creates.

Yes, I did consider rigid mineral wool, and would probably have gone with Roxul TopRock had I not wanted to try Foamglas. I agree that Foamglas has a major downside of being significantly more expensive than XPS. Mineral wool would have been much more comparable relative to price. Since we're building in Vermont, where codes are not big obstacles, I would probably even have used TopRock under the slab. Roxul has done some testing of it in that application, though they aren't ready to stand behind it in that application.

As for perlite, I am surprised that perlite isn't more popular in the green building community. I researched it for our BuildingGreen special report on insulation materials (see link below) and am quite enthusiastic about it. Some associate it with vermiculite, but it's a totally different material with no risk of asbestos contamination.

Have you used either of these materials in such applications?

I am quite enthusiastic about Perlite as well 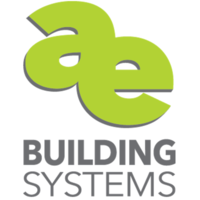 Perlite has been used in below grade or subslab applications a little.  I have a couple contacts in Oregon and one in Colorado that were happy with process and the material.  I have been pushing a bit in the front range of Colorado and have been getting some traction.  I would be happy to chat with you about it and the prescriptions that I have learned about.  It is a fantastic alternative and largely a lost insulation product.  The r-values across various website vary from 2.6 to 3.1.  Most common has been 2.7 and 3.0 depending on density.  I have invited you on LinkedIn... we can share email and phone.  I look forward to chatting with you about it.    Perhaps we might collaborate on a blog entry and/or articles.

We just (today) poured the basement slab for our farmhouse remodel over 4" of Foamglas insulation, and 6" of Foamglas will be installed on outside of the frost walls. Our hope is to wrap the above-grade walls with rigid cork, but we're still not sure whether we can get that in time. Our hope is to demonstrate some alternatives to petroleum-based rigid insulation!

Alex, that's great. But what I want to see are non-petrochemical alternatives that are cost-effective and affordable. So far, the options are cellulose and straw bales above grade, but precious few below-grade alternatives that won't break the bank. Maybe we'll have to go back to building on piers (which is also better for flood resilience).

Have you considered Perlite under the slab? And Roxul Drainboard mineral wool for below grade walls?  Both are cost comparable to petro-based foams.  Perlite might require a little more labor but that is arguable.

Destroying the Planet in Order to Save It

I've been excoriated on other professional "green" building forums for insisting that there was nothing "green" about using petrochemical insulation to save petrochemical fuel.

While it's nice to see that parts of the industry are taking global warming (somewhat) seriously, the "hundreds of years" embodied carbon payback of such excesses as R-100 Passive Houses reminds me of the Vietnam War mission: "We must destroy the village in order to save it".

Thanks, Alex, for keeping this issue within the "green" building landscape.

You are correct that Icynene offers a water-blown SPF. I had thought that the water-blown product had been discontinued, but I find MD-R-200 on the Icynene website. (Perhaps MD-R-210 was discontinued.) Icynene's water-blown, 2-pcf foam insulates to R-5.2 per inch and is referred to as both an open-cell and closed-cell product in different places on the Icynene website. There had been other water-blown, medium-density SPF products on the market, but I believe most of them have disappeared.

As I understand it, Icynene now offers a water-blown closed-cell spray foam, MD-R-210, in addition to its preexisting line of open-cell (water-blown) spray foams. Am I wrong about that? Or do they not get mention in this blog post because their market share is too small to make a difference? Are there other non-HFC foam options out there, besides this newest generation of HFOs that you focus on?