Växjö, Sweden: A Model of Sustainability

Växjö, Sweden embraced the U.N's Agenda 21 and is now a model of sustainability

My blog last week about Kansas and efforts to outlaw any mention or promotion of sustainability was so depressing (to write as well read) that I needed to find a more uplifting sequel. I needed to remind myself—and readers—that even if some politicians in Kansas don’t want to make the world a better place for their children and grandchildren, that’s not a universal attitude.

There are lots of towns, cities, and countries around the world where planning for the future is a priority and whose sustainability stories are truly inspirational.

I’ll report here on one of those places: Växjö, Sweden (the approximate pronunciation is “VECK’ shuh”), which is often called Europe’s greenest city. Five years ago I had the good fortune to spend a few days in this municipality of 85,000, with an urban core of 60,000.

I learned when I visited that Växjö’s interest in sustainability dates back to the 1960s. At that time, the lakes surrounding the city were heavily polluted—its fish inedible and the water unsafe for swimming. The city decided to do something about that and launched a broad effort to clean up the lakes. The success of those efforts started Växjö on a path to sustainability.

A number of city leaders attended and were inspired by the Rio Earth Summit (the United Nations meeting that spawned Agenda 21—which is being vilified by Glenn Beck and places like Kansas and Alabama). Building on Agenda 21, the City Council of Växjö, which at the time was comprised largely of conservative councilors, adopted a resolution with a goal of becoming fossil-fuel-free by 2030.

The city is now 17 years along in that process—half-way. Whether Växjö will meet it’s intermediate 2015 target of a 55% reduction in CO2 emissions remains to be seen; the city has so far reduced emissions per resident by 41% (from a 1993 baseline), and the share of renewable energy use is now 60%.

The control room of the VEAB plant.Photo Credit: Alex Wilson

A big part of Växjö’s high renewable energy fraction comes from a large wood-chip-fueled combined heat and power (CHP) plant. When I visited in 2007, the Sandvik plant of Växjö Energi AB was serving 29,000 customers with electricity and 6,500 customers with heat, including 5,500 single-family homes. District cooling is also being added to the system.

Sandvik is a “thermal following” plant, meaning that its output is governed by heat demands with electricity output “following” that. Heat from the plant is distributed via a 220-mile (350 km) network of insulated hot water pipes. The main supply and return pipes are 31 inches (80 cm) in diameter, with pipes becoming smaller as they branch off.

There are four boilers in the plant, including smaller back-up boilers that can burn oil, but 95% of the energy output is currently from wood chips that are sourced from a 50-mile (80 km) radius of the plant. The largest boiler can produce 38 MW of electricity and 66 MW of thermal energy. (In Europe both electricity and heat are measured in watts, kilowatts, or megawatts; an output of 66 MW of thermal energy is equivalent to 225 million Btus per hour.)

While Sweden is not known for its sunshine, new solar-electric systems are going in along with commercial-scale wind turbines. While I didn’t see any of these in Växjö, I did bike beneath some huge wind turbines near Lund, Sweden and was struck by how quiet they were—just a gentle whoosh, whoosh, whoosh of the slowly rotating blades.

The sewage treatment plant in Växjö that I visited was unlike any other I have seen. A big part of the plant was the large biogas digesters. Organic waste is collected from throughout the municipality and anaerobically decomposed in large reactor vessels to produce a methane-rich biogas. This biogas is used to fuel city buses and other municipal vehicles, including the Volvo my host used to drive me around.

With expansions of the biogas facility expected to be completed this year, Växjö should be able to power the city buses plus 500-1,000 cars with biogas. Like the CHP plants I visited in Sweden, Växjö’s sewage treatment plant was immaculate. One could have eaten off the floor.

I visited a number of building projects in Sweden, including a single-family detached home and a multi-family apartment complexes being built to Passive House standards—a German rating system with extremely stringent energy conservation requirements.

A large, eight-story, multifamily building that I toured in Växjö was being built almost entirely of wood. Sweden, like the U.S., is rich in forest resources, and Linnaeus University has a research program focusing on timber construction practices. This focus is motivated in part by the goal of reducing the embodied energy of building materials—part of the goal of becoming fossil-fuel-free.

As Växjö works toward its goal of becoming fossil-fuel-free by 2030, the challenge of transportation is becoming more and more significant. The city has done a good job at promoting public transit and bicycle paths, but recognizes that transportation will be the biggest hurdle in meeting it’s 2030 goal.

Ethanol-powered vehicles and a growing focus on electric vehicles will help in achieving those goals.

It’s worth noting that the emphasis on energy reductions and sustainability doesn’t seem to be hurting Sweden’s standard of living. By most metrics (life expectancy, infant mortality, physical fitness, leisure time, education, ownership of second homes), Sweden is well ahead of the U.S.

(2013, April 10). Växjö, Sweden: A Model of Sustainability . Retrieved from https://www.buildinggreen.com/news-article/växjö-sweden-model-sustainability

Växjö makes more noise than others

For the 3rd year in row, Växjö has fallen down in the Swedish list of sustainability/eco-friendly municipalities. The amount of public transportation is in decline and more and more people tend to use their own car for transportation as there are lack of bike friendly roads.

When it comes to Biomass heating and fuel, Växjö is far from the front runners, municipalities like Karlskrona and Karlshamn has accomplished a lot more.

Many of the municipality owned residential energy-efficient buildings has issues with indoor air and so called construction dust, which has made them unpleasant to live in.

"As we read about places like Kansas and Alabama where sustainability planning is seen as some sort of foreign attack on U.S. sovereignty".  Ouch.  OK, we do have one politician with an agenda here in Kansas, but please don't stereotype our whole state.  And that legistlation is not likely to pass anyway.  Kansas has plenty of professionals dedicated to sustainability.  And I believe we are one of the front runners in wind generation: 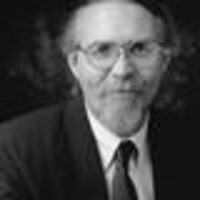 Thanks for the article, Alex.  Readers should be reminded that Sweden has an aggressive carbon tax that has brought down CO2 emissions nation wide and not just in Växjö.  It's also worth noting that the additional metrics you referenced are in part due to a progressive taxation policy, 60 percent for upper income for example, that makes it easier to pay for those quality of life programs that define sustainability.