Fifty years out, the increased awareness of the environment is heartwarming and the accomplishments significant, but our challenges are greater than ever.

Fifty years ago, I was the Earth Day Coordinator at Radnor Junior High School in Wayne, Pennsylvania. At age 14, I was a budding conservationist (we weren’t really using the term “environmentalist” yet), and I remember taking the train into Philadelphia to pick up mimeographed flyers about Earth Day to hand out in our school.

On Earth Day itself, Wednesday, April 22, 1970, I took the day off from school (I must have cut classes), and took the train into the huge gathering at Fairmont Park, emceed—as I recall—by landscape architect Ian McHarg, and with such luminaries as Senator Gaylord Nelson, who gave the keynote address; consumer activist Ralph Nader; Nobel Prize-winning Harvard biochemist George Wald; and poet Allen Ginsberg.

A lot of the details of the day are foggy in my memory—but I do remember one speaker who asked those of us in the large crowd to stand up if we pledged to never buy an internal-combustion-engine car. I wanted to make that pledge, but held off, and indeed—to my chagrin—in the ensuing half-century I have purchased seven or eight cars, driven several hundred thousand miles, and consumed at least as much gasoline as is hauled around in one of those tractor-trailer tanker trucks! (At least today I mostly drive on solar-powered electric propulsion in our Chevy Volt.)

So how have we done as a nation since that first Earth Day in 1970? The skies are a lot cleaner in most places. We can swim in many of the rivers that were open-air sewers and chemical waste repositories back in the ’60s. Our refrigerators use a quarter as much electricity. Our cars get more than double the mileage. We’ve instituted relatively stringent environmental safeguards on mining and many industrial processes. We’ve protected millions of acres of wilderness throughout the country. And we’ve passed landmark legislation to protect endangered species.

Backsliding and the challenges still faced

Yes, there is a lot that we can celebrate in the way of accomplishments since 1970. But, like many environmentalists, I am deeply distressed and saddened as I’ve watched the dramatic rollbacks of environmental progress during the current administration in Washington—rollbacks that may be accelerating partly as a result of the nation’s attention being diverted to the COVID-19 pandemic.

Beyond the rollbacks of 50 years of environmental progress—bipartisan accomplishments, many of which were passed during the Nixon Administration—we are seeing the growing threat of climate change. This is a threat that dwarfs those other environmental challenges and threatens to plague the world for many, many generations to come.

I’ve long been fascinated by mankind’s impact on the global climate. When I first began following this issue in the early 1970s, there was as much—if not more—scientific concern about global cooling as there was about global warming. Indeed, I’ve gone back and skimmed some of the Congressional Research Service publications on climate change on my shelves from the mid-seventies and read with fascination about the dueling theories of climate change. (There was concern that the significant particulate matter in the atmosphere was reducing insolation, causing a net cooling.) Since the mid-eighties, though, that uncertainty has largely disappeared, as the vast majority of climate scientists and the educated public accept clear, incontrovertible evidence of a rapidly warming global climate.

Glaciers are melting at an ever-quickening pace. Projections of sea-level rise are becoming more dire every year. We’ve seen an order-of-magnitude increase in wildfires in the Western U.S. Oceans are acidifying dramatically as more carbon dioxide dissolves in the oceans and reacts with water to form carbonic acid, some of which then reacts to form bicarbonate ions and hydrogen ions, lowering the pH. And annual worldwide fossil fuel consumption has increased 2.5-fold since 1970.

Meanwhile, the world’s population has grown from 3.7 billion in 1970 to 7.8 billion today, putting ever more pressure on the world’s natural resources and ever greater incursions into world’s remaining wild areas. Plant and animal species are going extinct at a rate that the Earth may not have experienced since the end of the Cretaceous Period 65 million years ago, when dinosaurs were wiped out—probably by an asteroid collision. Indeed, new viruses, such as the COVID-19 coronavirus we’re all dealing with today, are more likely to jump from wild animal hosts to humans as population pressure pushes some of the poorest people deeper into jungles in search of “bushmeat.”

Both the human race and Earth’s environment are facing huge challenges that will be magnified in the decades ahead. By the time another 50 years elapses since the first Earth Day, we will know whether climate change became the crisis that so many of the world’s scientists now predict. I won’t be here in 2070 to experience that milestone, but I’m hoping that my children and grandchildren will.

I’m also hoping that on the 100th anniversary of Earth Day, they will celebrate great accomplishments in surmounting these huge challenges. I have long believed that if the world’s nations get fully behind the need to change, they can be successful. Perhaps global cooperation on COVID-19 can pave the way for progress on the even-greater challenge of climate change. Our future generations depend on it!

great article to be my first thoughts of the day. Thanks and hopefully the world will go forward from this virus to realize that we need to protect our environment not abuse it. June 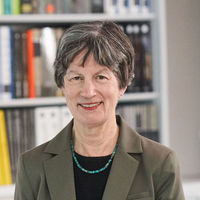 Thoughtful article. It's unfortunate that the celebration of Earth Day 50 was overshadowed by the current pandemic. Solving the problem of climate change and working our way out of this pandemic are critically intertwined. Let's hope we don't forget that we can get by with less consumption and move forward with improving the things that really matter.