We need a lot more collaboration and a totally new theory of change—and we need it now.

If I were being dramatic, I’d say that the green building movement is dead.

That, of course, would not be technically true, as there are so many amazing projects and wonderful people working hard to make a positive difference in the world through changes in the built environment. But taken in the context of the rate of climate change and, by comparison, the building industry’s sluggish response to actually addressing it, it often feels that it might as well be true.

Despite the great efforts of so many of us—working hard for so many years—if we are honest, we have not shifted dramatically the way most buildings are designed, built, and operated to keep pace with what is required. A mature perspective is one where we can sit with the simultaneous paradox of the incredible progress our movement has ushered in while also acknowledging that we are all falling short on what a sustainable future requires of us.

Too much equilibrium, not enough punctuation

The green building movement has had moments of extreme promise, where we have come together to push for significant change and provided noticeable shifts in our industry. These shifts, however, are often spikes of activity followed by a new period of stasis, where the movement has been stalled by the realities of just how hard it is to stop the inertia of how people develop and redevelop the built environment—which is responsible for so much of humanity’s impact on planetary health.

In biological terms, these spikes are that of “punctuated equilibrium”—a phrase describing the theory that evolutionary development is marked by sudden, rapid changes followed by longer periods of stasis (generally until something else shakes things up).

The oil crisis in the 1970s launched the energy conservation movement and kick-started the focus on solar buildings and alternative construction. And then the 1980s and 1990s happened.

By the early 2000s, we saw the emergence of the U.S. Green Building Council and LEED—which rippled through the building industry and began to create coherence in setting targets and a common language for many in our movement (with similar organizations and rating systems emerging around the world).

Other moments of innovation and intervention continued. 2006 is notable for the launch of both the Living Building Challenge and the 2030 Challenge, both of which raised the bar further and pointed toward radical leaps forward that were needed to address the now clear and present danger of elevating carbon in our atmosphere. We now had the tools and know-how to imagine fossil-fuel-free, Red-List-substance-free buildings that could put an end to combustion in our lifetime—back when it was still possible to avert many of the impacts of climate change. The roadmap was set.

And there are now hundreds of net-zero-energy buildings, Living Buildings, Passive House projects, and 2030 Challenge-compliant projects showcasing a better way of building around the world, along with thousands of LEED, BREAM, and Greenstar projects of all levels built. This was remarkable in such a short time—yet, as we now know and the science has confirmed, at the scale really needed, we have dramatically fallen short.

And in the last few years, we have entered another lull, just when our movement needs to be at its most effective. All of the laudable, yet isolated, efforts to do greener and greener projects without a more concerted global, industry-wide effort show how our theory of change and timescale of innovation are not in alignment with the magnitude of the new reality of the climate data.

Climate change is upon us in devasting ways around the world already, and the prognosis by the scientific community is getting worse every year. As a movement, we are nearly leaderless, still chasing points, still patting ourselves on the backs for our last net-zero project and closing our eyes to the larger challenges that face us in the coming decade and beyond. And we’re still competing from firm to firm with bragging rights. Without significant change—now—our industry has no future, and civilization itself is in great peril.

We need a massive, punctuated equilibrium moment that dwarfs what has come before.

We need to evolve quickly.

A building-by-building approach is inconsequential

For my part, I have come to the realization that no matter how many cool Living Buildings I work on with my small firm—McLennan Design, which I started after leaving ILFI—it is inconsequential. And so I have now joined forces with Perkins&Will (the world’s second largest architecture firm) as their new chief sustainability officer to figure out how we can scale the rate and quality of change on hundreds rather than dozens of projects. Like McLennan Design, Perkins&Will is ready and interested in doing so much more.

Yet clearly, this too is not enough—and the time has come now for a larger, concerted effort bolstered by a true sense of urgency to fully decarbonize all our buildings by all the leading architecture, engineering, construction, and development firms of conscience, somehow working together more cohesively in a way that they haven’t before.

The green building movement needs to be reborn as a truly collaborative enterprise of change from firm to firm—focused on rapid decarbonization and the elimination of fossil fuels within this decade. No more natural gas. No more internal combustion engines. We must envision, design, build, and retrofit the future needed within the timeframe required to avert the worst scenarios of a warming world.

How we do this I am not yet certain, but in my new role with Perkins&Will, I welcome exploration with all of our competitors and allies, as I am certain that it will take a movement reborn to address the biggest challenge humanity has yet faced.

I encourage all green leaders to reach out to me with ideas to build a larger coalition around decarbonization. Will you join me?

Editor’s note: Please use the comments section to engage in this conversation with Jason and the community.

Jason F. McLennan is principal at McLennan Design, chief sustainability officer at Perkins&Will, and the founder of the Living Building Challenge.

Well put. Sleepless nights here trying to figure out how to get this to be a more prevalent topic (and ACTION) amongst leading K-12 schools. They can be centres of multi-generational learning and inspiration for greater action in their communities. That's my theory of change. Bravo Jason, will follow your next steps with great interest.

Can we get there from here? 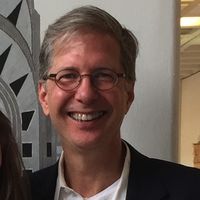 I have long been an admirer of your committment and work toward making the world a safer, healthier, more equitable and beautiful place.  Here's hoping your new position will allow you to leverage that experience to identify new ways forward.

So how does one approach a problem without falling back on the same conciousness that created it?  That is, the Green Building Movement, nested within the Real Estate and Construction Industry, nested within a weathy largely deregulated free-market economy with a very high standard of living.

Maybe start by identifying what you think is the key generative question of this moment. It may be something like, "What does it mean to live well?" It may take a while to find the right question.

Then convene groups of people from the very edges if the current system and see how they answer it. Avoid the green building community and architects especially. This may involve leaving the country. Let the opinions people under thirty count double.

But also ask the same question at the very top of the system to leaders of investment and insurance and land use law who underpin our current way of developing and building. You can't change a system if wealth and power (and inertia) are shoring up the very thing you are trying to reimagine. Climate change is also changing risk assessment, and restructuring insurance rates may do more for resiliance than millions of green coastal buildings.

I have promoted Alternative construction for many Years

So if we keep building homes with saw dust and glue panels called OSB-Panels. We have not improved this industry, we just push the same old way of building.

Installing shingles, is dead wrong. Mother Nature knocks them down and we build with the same idea.

Green building has to continue, we only build homes using a SCIP-Panelized system. With excellent results.

Stick building is one conplete disaster !

I look forward to this spirit of collaboration- it's something I truly admire about Perkins&Will!  And we must find ways to make this conversational with those designers that don't consider themselves as "green" leaders as it will take all of us!- Tori Wickard, Perkins&Will 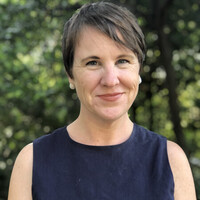 Hi Jason, I would encourage you to plug into the discourse that is happening within the LFRT Sustainability Group through your role at Perkins+Will. We are very much focused on how to use our collective power in the industry to scale decarbonization and would absolutely welcome your perspective. Ellen Mitchell, LPA,Inc.

We cannot build ourselves out of this 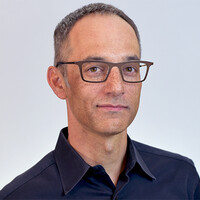 The developed countries of the world, which are also responsible for much of the GHG emissions since the Industrial Revolution, cannot build themselves out of this. Most of their 2050 building stock is already built and may have been built prior to our green building movement. We are deluded if we think building a statistically "handful" of new construction LEED, LBC and BREEAM certified projects will move the needle alone. We need to tackle our existing building stock. We need to take the lessons learned from the past few decades and apply them to these buildings.

Just like our moonshot would have had limited societal impacts if we hadn't taken the applied science from that massive undertaking and placed it into the hands of everyday people, we need to decarbonize our existing buildings. But that's not enough. A top down BPS-approach does not guarantee improved IAQ or even cooling. We need to provide heating, cooling and filtered fresh air to all inhabitants--as these are basic human rights along with access to water and sanitation. And then we need to spread this to 2 to 4 billion people.

Renovations of mundane buildings are perhaps not as glamorous as an all-new, net zero building; you have to get dirty crawling around existing basements and mechanical rooms. But they may just solve some of our collective problems while providing templates for something scalable which avoid the embodied carbon of new materials.

Who wants to get dirty?

I hope you saw our recent spotlight report on existing building decarbonization. The work is starting (yes, it should have starting long ago, but better now than never).

Jason's essay is one of the sources of encouragment for those of us in the design and construction world who have graduated from feeling optimistic to feeling hopeful. But it is also a cautionary tale. We all know there is a lot of change ahead, inside design and construction and everywhere beyond it. Change we make or change we suffer. Meaningful progress for an equitable and sustainable future remains a shimmer on the horizon; something we can sometimes grasp as leverage in one dimension that dissolves into some kind of dirty smoke in another. Is it better building codes, enlightened financial institutions, energy labeling, renewables, skilled professionals, clean mobility....? All of that and more, including leaders with vision and courage. Lets get on with it.