Making plastic from corn, soy, or sugarcane has some advantages--but fixing the petroleum problem barely touches what's wrong with PVC.

What if all of the common plastics in use today were made from renewable materials rather than from fossil fuels? Would they start looking better in the eyes of environmentalists?

This is no idle question. The plastics industry is exploring a wide range of approaches to sourcing today's typical plastics from biobased feedstocks, and their use in common products isn't too far off on the horizon. We're already seeing these entering the market. An early example is Coca Cola's "plant bottle," which uses PET or HDPE made from ethylene derived from renewable sources instead of fossil fuels.

Biobased PVC on its way

Some of these "drop-in" biobased options are already available, such as the HDPE produced by Braksem from Brazilian sugarcane. Others, like Solvay Indupa's plans to use sugarcane ethanol to manufacture PVC, are still in the planning stage--but more changes are on the way.

Finding alternatives to nonrenewable fossil fuels is certainly worth applauding; we can't get to a truly sustainable society without that. But that one accomplishment, if achieved, is still far from the whole story. In an earlier blog post and in this May's feature article, "Biobased Materials: Not Always Greener," (login required) EBN lays out an array of concerns.

Biobased materials, while sometimes better, have unique environmental and social impacts--some related directly to biobased sourcing and others related to impacts during manufacturing and use and after its useful life is over. Like any product, one using biobased materials would ideally have data to show that the overall impact is reduced relative to alternatives, and for some products the sourcing is the least of our concerns. Take biobased PVC, for example.

Petroleum is the least of our problems with PVC

Like most polymers today, PVC is derived largely from fossil fuels. PVC uses fossil-fuel-derived ethylene to produce naphtha, which is one component of PVC. PVC also uses industrial-grade salt to produce the vinyl chloride monomer that is the other main component. In addition to these basic building blocks, a variety of additives, including plasticizers, are added for specific performance properties.

But lets talk about the base polymer first. Solvay's use of sugarcane-derived ethylene in PVC would, according to Doug Smock at Plastics Today, "make PVC a 100% natural material from a polymer point of view." One could go so far as to argue that this "all natural" PVC is made of salt and sugar, which makes it sounds like something you'd find in your kitchen--rather than a substance of concern on a wide range of red lists. The vinyl industry has long used the words "table salt" to explain why no one should be concerned with PVC, so this is an easy next step in public relations.

The problem is that material sourcing isn't the issue with PVC--and the biggest concerns that have made PVC the subject of more debate than other polymers have come from problems on the "salt" side of the manufacturing process.

Dioxins--the most potent cancer-causing chemicals known to science--are produced in large quantity in the manufacture of the vinyl chloride monomer and then again when this chlorinated plastic is burned in incinerators and uncontrolled landfill fires. Getting the polymer from a biobased source merely sugarcoats PVC without addressing the fundamental problem.

Regarding the health of consumers and building occupants, the immediate indoor environmental concern with PVC is also not the base polymer. It's the additives, particularly phthalate plasticizers.

According to the Pharos Project listing for phthalates (login required), they have been identified as reproductive toxicants by the U.S. Environmental Protection Agency and are included in the Living Building Challenge Red List, LEED Pilot credits and the Perkins+Will Precautionary list.

Here again, there are an increasing range of biobased materials entering the plasticizer market, including Dow's Ecolibrium and a host of others. The jury is still out on these, but this is an encouraging trend. While being biobased doesn't necessarily guarantee that they're better, the new additives are a clear indication that polymer manufacturers and their supply chain are getting the message loud and clear: there is a market for safer and more environmentally friendly alternatives to phthalates and other additives.

Many of these biobased additives make claims about superior health and safety characteristics. If those claims pan out, it'll make a big difference for applications where phthalate-loaded PVC is currently the only option.

The move toward biobased polymers has a lot of potential--for both environmental improvement and for greenwash. But let's not forget in our necessary move away from fossil fuels that the polymers themselves are not the only problem. A truly revolutionary PVC alternative would contain no dioxin-producing compounds, and research on how to replace those is still in the early stages.

Editor's note: The research behind the EBN feature article is a joint effort by BuildingGreen and Healthy Building Network.

(2012, May 2). Biobased PVC? Take Vinyl Industry Claims with a Grain of Salt. Retrieved from https://www.buildinggreen.com/blog/biobased-pvc-take-vinyl-industry-claims-grain-salt

Have any companies created a green PVC? Is there such a thing as a green vinyl? 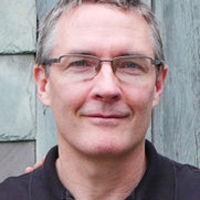 I suggest you read The PVC Debate: A Fresh Look because, as with many materials, the answer is complex. The vinyl industry has improved its environmental footprint through improved manufacturing, monitoring emissions, using less hazardous plasticizers, and increasing recycling initiatives, so you can find phthalate-free vinyl products flooring and  high-recycled content  vinyl carpet backing, but most people would say there can be no truly "green vinyl" due to polyvinyl chloride's (PVC) chlorine content. PVC is more than 50% chlorine by weight and its production accounts for 35%-40% of the chlorine used in the U.S. And chlorine is extremely reactive. When released into the environment, which can occur during during PVC manufacturing and/or disposal, chlorine can have serious consequences. For instance, dioxin, one of the most hazardous substances known, is produced when PVC and other chlorine-containing materials are burned through incomplete combustion...such as a neighbor's burn pile. Using a biobased component does not solve those chlorine/sustainability challenges.

I agree that the fossil fuels are limited. However, the properties of our top soil is limited also. I live in iowa, after seeing $8.00 + corn the farmers have ripped out every tree and weed to plant another row of crop ground. As our population increases so does the demand for energy and resources. It seems like we are substituting materials from underground to our top soil. As we attempt to curb the use of fossil fuels for (air quality)making products and energy, we are removing the qualities of our ground (top soil) that ultimately feeds us. It also increases the speed of natural precipitation that enters our watershed. Renewables seem to be a good answer, but for the longevity, is it, at this point? Are we eroding our future? Every innovation has unintended consequences.

Soil is seriously undervalued, and there is nothing inherently green about biobased plastics, as we discussed in our feature article Biobased Materials: Not Always Greener (URL below). Thanks for your comments, Evan!

To add to previous coment; we

To add to previous coment; we certainly need much more R&D on the use of Bio-based PVC alternatives but I believe all efforts need to be considered as steps in the right direction and public forums such as this are invaluable. Baby Steps... and accountability!

Excellent article! Encouraging to see companies like DOW are serious about adressing the need for bio-based plastics. Let's go one step further and bring manufacturing of these materials to our shores. It's a win/win!