The Cover Image That Set Off a Firestorm

The divide between the worlds of design and sustainability is persistent, but returning to core values can bridge it.

For me, the creative tension between beauty and green performance came to a head in 2006, when I began working with the staff of Architectural Record on their new magazine: GreenSource. (GreenSource is no longer a separate magazine; it’s now an insert in the products magazine SNAP. And I’m no longer involved with it.)

As GreenSource’s executive editor, I was the “technical guy” who could help make sure that we’re talking about sustainability topics in a meaningful and defensible way. I learned a tremendous amount from that team, beginning with the power of using images to tell a story. I had always been a words-and-data kind of guy, so when I saw how they developed a story by leading with the visuals, it really blew my mind. That was quite a shift from the early years of Environmental Building News, when we tended to write an article first, and illustrating it was sometimes just an afterthought.

At GreenSource it went more like this: Here’s the topic, here are the images, here’s how they’ll flow, and, oh, ok, looks like we can fit in about 800 words of copy, so that’s what you get to write.

One of the most interesting of those debates was about this building—Jeanne Gang’s Aqua tower in Chicago. As you can see, it’s quite compelling visually. The Architectural Record folks really wanted us to cover it.

I had some concerns—it doesn’t look particularly energy efficient, and the designers couldn’t get us energy use data—not even predicted energy use. That had me squirming quite a bit.

But there was a broader sustainability story here, about connection of occupants to the outdoors, an enormous green roof in Chicago, redeveloping a brownfield site. Finally, I gave in and agreed that we could include it. “Just don’t put it on the cover,” I said…

Having this project on the cover touched off some interesting conversations. The choice was justifiably attacked in online forums such as the Society of Building Science Educators, as well as on the GreenSource website. Anyone with an engineering mindset doesn’t see beautiful, biophillic forms in those curvaceous balconies: they see radiator fins releasing heat into the cold Chicago air. And no, there are no thermal breaks separating the balconies from the interior slabs; products that could do that do exist, but using them was deemed too expensive.

I love how this example illustrates how our understanding of an object’s performance affects our perception and colors our aesthetic choices.

I’ve had a couple of opportunities recently to facilitate great conversations on how to bridge the divide in the design world between beauty and sustainability. In March, I helped Interface organize and host a two-day workshop that brought together design leaders and sustainability leaders from 20 architecture firms to explore this question. The conversations there were framed by Lance Hosey of RTKL, who shared ideas from his book The Shape of Green, and Bob Harris of Lake|Flato.

The second opportunity was at this year’s Living Future (un)Conference in Portland, Oregon, where I organized a session on the topic with Julie Hiromoto of SOM. Participating with us as panelists were Joann Gonchar of Architectural Record and Susan Szenasy of Metropolis. These comments were first presented during that session.

3 lessons from the field

From the wide-ranging and thoughtful conversations that happened in both these settings, I see a few key opportunities:

(2014, June 9). The Cover Image That Set Off a Firestorm. Retrieved from https://www.buildinggreen.com/blog/cover-image-set-firestorm

It is extremely hard to photograph "collaboration" or the tools that help designers achieve sustainability and their client's objectives of building green.
And the "more than skin deep" part of beauty is also hard to visualize in our minds as we prepare to make our case that our story is going to be a compelling read without images to hook the readers.
So there is an inherent challenge to this task of reporting on the three key ingredients that go into a green/sustainable project and then getting the attention of the readers who expect visuals to get them to turn the page and read to the end.
Just try to do a cover with nothing more than a photo of the sky and the headline: "Green Building and Sustainability", and the readers will yawn as they politely set the magazine back onto the table in the great waiting room of life. 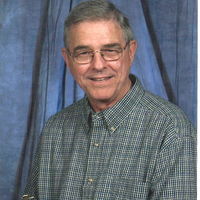 To move beyond the current status of the living building challenge projects more education is needed from the justification viewpoint. First cost is sometimes a deal breaker with the developer community.

Looking Green vs Being Green 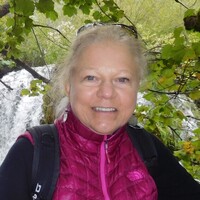 A particular irritant to me are the horizontal solar shading devices showing up on office buildings, banks, and other commercial projects that have almost no performance benefit, as they are placed on the east, west, and north sides of the building.

In one of these same buildings, a bank, energy efficient lights sources are scattered throughout the space with architectural flourish, while also significantly overlighting a brightly daylit space. No daylight controls or dimming capability was being utilitized.

So much of the time, the lighting controls and other truly energy saving features are left out of a tight budget. If the purely decorative solar shades and excessive lighting was trimmed from the budget instead, there might have been sufficient funds for these high performance measures.

What might be done to prevent architects, who should know better but obviously don't or don't care, from greenwashing their clients and the public? I suspect that very few people know or care enough about this to make a difference.