NYC made history this week by releasing a huge dataset of actual building performance—including some blank spots for buildings that didn't comply with the law.

NYC is making history, but other cities are soon to follow.Photo Credit: Alex Wilson

This week New York City posted 2011 energy use data (PDF) for more than 2,000 large, privately owned buildings, making it the first major city in the world to release this kind of information. As described in our in-depth article “Energy Reporting: It’s the Law,” several major cities in the U.S. now mandate energy reporting and benchmarking.

The energy use is posted in a sortable and searchable Excel spreadsheet, so anyone can download the file and look up the energy use data for a building of interest. The files list 3,600 properties—all those that were subject to the mandate—including some that failed to provide the required data. Those are now subject to fines by the city, charged quarterly until they comply.

Making sense of the spreadsheets

Of the 2,065 that did comply, not all provided numbers that make sense. Buildings with data centers and high-intensity energy uses do not show an Energy Star score, but they do list both site and source energy use intensity (EUI) in thousand Btus per square foot per year.

Energy Reporting: It's the Law

For reasons described in the article, not all the data is reliable. A handful of those numbers appear to be off by a factor of 1,000, for example.

Outlying data points like those were omitted from the analysis that was done for the “New York City Local Law 84 Benchmarking Report” (PDF) released last month. That analysis did include information on nearly 8,000 residential buildings, which are not included in listings of individual building energy use that was just released. In the fall of 2013, the City intends to include residential buildings in the public dataset. It will also include annual water use for all projects (280 properties volunteered that information this time).

The City's study makes the case that, while New York City buildings are more energy-efficient than the national average, there is a huge opportunity for cost-effective energy savings available by simply bringing the low-performing buildings into line with the city’s current average performance.

The City has also released energy use data on 2,657 municipal buildings for the second year in a row, but not in a searchable format.

There is nothing in the data that indicates how densely the properties were occupied—a factor that makes new, high-profile office buildings look bad compared with some older buildings that show low EUI numbers but don’t have nearly as many occupants.

Similar public releases of data on private sector buildings are expected soon from San Francisco, Washington, D.C., Philadelphia, and Boston. These unprecedented public releases of information will shine light into an aspect of building performance that has until now been well hidden and create a strong incentive for owners and tenants to improve their energy efficiency.

This chart shows weather-normalized energy use intensity for large non-residential buildings in NYC. About 100 data points were omitted as likely anomalies (those under 20 or over 1,000).Source: City of New York

Trying to ID some high-profile buildings on the spreadsheet. I see Frank Gehry's IAC building: 555 W 18th St., ENERGY STAR score of 43. Can anyone point me to others? 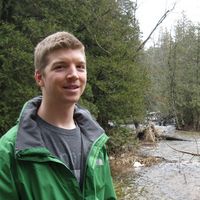