How Much Insulation Is Enough?

Most leading energy experts today recommend installing a lot more insulation than is common practice. This wall for a Passive House in Seattle will hold about a foot of insulation.

I'm often asked the question, "How much insulation should I install in my house"? It's a great question. Let me offer some recommendations:


First of all...it depends. It depends to a significant extent on where you live. And it depends on whether we're talking about a new house or trying to squeeze insulation into an existing house. Let's assume, for the time being, that we're talking about new construction to simplify the discussion.

As for location, I'll provide recommendations for three different climates, based on the U.S. Department of Energy (DOE) and International Energy Conservation Code (IECC) climate zones. These DOE climate zones range from Zone 1 at the extreme southern tip of Florida, to Zone 7, which covers the tip of Maine, stretches across the northern reaches of Michigan, Wisconsin, Minnesota, and North Dakota, and includes a few high-elevation places in the Rockies (see map). In my recommendations, I group these into three larger zones for simplicity. Cold climates: Zones 5-7Zones 5-7 cover much of the northern half of the U.S., from roughly the Mason-Dixon Line at the East Coast across the northern third of Missouri and the northern edge of eastern Kansas, then dipping south in the higher-elevation Plains States through northern New Mexico, northern Arizona, nearly all of Nevada (except the Las Vegas area), and the northeastern corner of California and the eastern three-quarters of Oregon and Washington.

For these locations, I follow the widely quoted recommendations from Building Science Corporation and aim for the 5-10-20-40-60 rule. These numbers refer to the R-value recommendations for windows, foundation slabs, foundation walls, above-ground walls, and attics (or roofs), respectively.

Get BuildingGreen's complete guide to insulation

Our 98-page report provides detailed guidance on insulation products in all major categories, including cost comparisons and detailed recommendations on what insulation to use, and what to avoid. CEUs available.

These recommendations are for "true" R-values, not the nominal values listed on insulation packaging. For example, if you install R-19 fiberglass batts in 2x6 frame walls, with the studs 16 inches on-center, double top-plates, and other elements of "standard" framing, the actual R-value of the whole wall with the R-19 insulation will be about R-15. The whole-wall R-value is lower because of "thermal bridging" through the wood framing.

To achieve R-40 in the walls requires a lot of insulation--far more than is found in standard construction. This level of insulation, if combined with strategies for minimizing air leakage, will result in a house that will be affordable to heat even if energy prices double or triple. And if combined with some passive solar heating will result in a house that should never come close to freezing in winter, even if the heat is turned off.

With window R-values, the recommendation refers to the "unit R-value," a measure that averages the center-of-glass R-value and the R-value at the window edges--where the heat loss is greater (at least with high-performance windows). These unit R-values are the inverse of the U-factors listed on NFRC (National Fenestration Rating Council) labels found on most new windows: R = 1/U.

Hot climates: Zones 1-2Zones 1-2 include the hottest areas in the U.S., covering most of Florida and a band west to central Texas, as well as southern Arizona and the Imperial Valley of extreme southeastern California.

Here, I recommend a 3-5-10-20-60 rule: R-3 windows, R-5 under slabs and for any below-grade foundation walls, R-10 for above-grade foundation walls and slab perimeter (full foundations are rare in these climates), R-20 for above-ground walls, and R-60 for attics. These recommendations come from an informal conversation with John Straube of Building Science Corporation. Again, these are true R-values (unit values for windows).

It will surprise some to see the recommendation for attics to be the same as in cold climates. This is because of the difference in temperature (delta-T) between the living space and the attic on a hot summer day can be as high as wintertime delta-T in a cold-climate between indoors and outdoors. With windows, I further recommend a solar heat gain coefficient (SHGC) of 0.3 or lower to minimize unwanted solar gain.

For these locations, I recommend intermediate insulation values between those for cold climates and hot climates. I suggest a 4-5-10-30-60 rule: R-4 windows, R-5 under slabs, R-10 foundation walls or slab perimeter, R-30 above-grade walls, and R-60 in the attic or roof.

So, in existing homes, determining reasonable insulation levels is project-specific. In a full gut-rehab (where the house is taken down to the structure, or the frame is opened up on either the interior or exterior, achieving close to the recommended insulation levels for new construction may be possible (though higher costs for extending window and door jambs and, sometimes, roof overhangs also need to be considered).

And with windows, whether to replace or improve existing windows is a key question. Look for recommendations in future blogs.

Alex is the founder of BuildingGreen, Inc. In 2012 he founded the Resilient Design Institute. To keep up with Alex’s latest articles and musings, you can sign up for his Twitter feed.

Wilson, A. (2018, June 1). How Much Insulation Is Enough?. Retrieved from https://www.buildinggreen.com/blog/how-much-insulation-enough

on tuning insulation by orientation 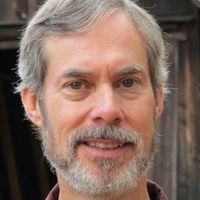 Great question. We should be examining and challenging recommendations like ours on recommended R-values. Unlike with windows, though, opaque walls that are even modestly insulated (say, R-11) will block most solar heat gain, and remember that solar gain is only an issue when the sun is shining. In the winter, when the benefit of high insulation levels is greatest, direct sunlight is striking most walls for a relatively short period of time.

One thing I still find hard to understand is why there is no consideration for building orientation. In the hot areas, the sun is directly heating the east and west walls in the morning and afternoon. Take temperature measurements in rooms on each wall, and the greatest increases will be on the east and west rooms.

Uniform insulation ignores the reality of uneven heating. Why not increase the insulation where it is most needed?

I have been advocating and bu

I have been advocating and building to almost such insulation standards for almost 30 years. I am glad to see that I am finally not alone. Such standards can more than pay for their extra cost, when financed, with energy savings. A new book, "SEE" The EMPOWERING Energy Solution, briefly and simply explains this.

We have only one environment to save - - OURS!

Patrick Aubrey,
Green building isn't about what's easiest. It's about what is best for the earth. We are in the midst of global ecological crisis because we have taken the easy (and profitable) road. It's time we took the road less traveled.

It's great to see such a stro

It's great to see such a strong focus on insulation and the promotion of higher R-values in construction. Seeing the promotion of true r-value and not just what's stated on the manufacturers package is absolutely key.

Those look like the Qualcraft wall jacks made to fit on a clear-grained 2x4. They're available at Amazon.com for $130. But I made my own from a fir 4x4 with a loose-pin butt hinge on the bottom to secure it to the subfloor, and a recycled boat trailer hand winch with the cable going over a pillow block pulley on the top of the pole. Works like a charm and can also be used as a crane to raise beams into place.

Why do we not have the same r

Why do we not have the same recommendation of insulation levels for commercial construction? I don't understand why we are so much less stringent for commercial buildings that makeup some of the biggest energy hogs in our society.

It's good to see insulation r

It's good to see insulation recommendations finally catching up to what I was building 30 years ago. I'd like to add that it's not difficult to attain these levels in new construction without the use of petrochemical foam insulation (except below grade) - either rigid or sprayed - with thermally-broken double-framed walls and dense-pack low eco-footprint cellulose. It's also much easier to achieve the ceiling R-values with flat ceilings, as opposed to the all-too-common but unnecessary cathedral ceiling/roof.

The one place, however, that I would differ from these recommendations is with windows. Good windows become even more important in a very well insulated wall, since they become the primary thermal weakness. But they can also be cost-prohibitive for affordable housing.

Except in climate zone 7, or perhaps on the north facade of homes in zone 6, I have not been able to justify the cost of high-end triple-glazed windows. Inexpensive triple-glazed units rarely offer high solar heat gain, and the better units that offer both high insulation and high solar gain can be nearly double the cost of good-quality double-glazed lowE argon units. Super windows can add $10,000 to the cost of a house and at today's energy prices, the simple payback can be as much as 40-60 years. It would be less as energy prices rise, but I'd rather invest that extra money in a thermal envelope which will last 100+ years than in windows which might not outlive their payback period.

Unrelated to the article wher

Unrelated to the article where can one purchase the wall jacks in the photo?