Climbing the learning curve in working with a new insulation material

What do you do if you’re a builder and your client (that would be me) hands you a material that no one’s ever heard of, let alone installed in this country, and asks you to insulate his house with it? A lot of smart builders would run the other way. Eli Gould, our partner in the Dummeston, Vermont farmhouse we’re renovating (really re-building), took it on as a challenge.

Last week I wrote about the cork insulation that we’ve installed—the last of it went up at the end of last week. Here I’ll review some of the installation details that Eli and his crew figured out—including such seemingly minor issues as how to cut the stuff.

Planning for the cork months ago

When we first started talking about expanded-cork insulation last summer, we requested some samples to work with. Along with being a designer-builder, Eli has an R&D company, PreCraft, Inc., through which he works on figuring out better building systems and how advanced building components can work together. This involves a lot of prototyping, and Eli jumped at the opportunity to get his hands on some cork.

Amorim Isolamentos, which manufacturers the cork insulation in Portugal, sent over several bundles of the boardstock insulation so that we—mostly Eli—could figure out how we would use it and exactly what we wanted to order. The material is available in thicknesses from a half-inch to about 12 inches and with square or shiplap edges. The exposed face of the cork we used is about 18" x 36".

Had this been new construction, we would probably have picked a very different insulation system that relied just on (less expensive) cavity-fill insulation, but we were dealing with an existing 200-year-old frame as out starting point, so we decided early on that exterior rigid insulation would be part of the system, and to meet our R-value goals we opted for six inches of cork.

Because we had installed six inches of another innovative insulation material (Foamglas) on the outside of the new foundation walls, continuing the six-inch, non-structural layer upward on the wall made a lot of sense. The six inches of cork would add about R-21 to the wall system.

An old two-person cross-cut saw removed a much smaller kerf and the large teeth did a good job at removing sawdust. Photo Credit: Alex Wilson

In experimenting with the cork samples we recognized that tight joints—as you can achieve with rigid foam insulation—would be hard to achieve with the product, so we wanted to avoid joints extending through the material. Installing two layers of 3" cork was an option, overlapping the joints, but we opted to order 6" material with shiplap on all edges so that through-gaps would be avoided.

Working up from the foundation, the bottom edge of the first course of cork was beveled to match the drainage bevel that we created with the Foamglas foundation insulation. That first course was installed on top of a metal termite-flashing layer that our roofer, Travis Slade, made up.

The shiplap was configured so that any moisture running down the outside of the cork would remain on the outside and not extend through it. At the corners of the building, the overlaps were tricky—but needed to ensure that no gaps extended through. Frankly, I’m not sure how Eli’s crew figured that out—but they did a great job.

The sloped sills in the window surrounds made for some tricky cuts.Photo Credit: Alex Wilson

Just about every conceivable option was tried for cutting the cork: from tools our great-grandfathers would have used to high-tech timber-frame tools. The large teeth on a two-person crosscut saw proved very effective at minimizing the kerf thickness and keeping the kerf cleaned out as they cut, but a chainsaw-like timber-framing saw proved best for bevel cuts, though it created at fairly thick kerf.

One of the nice things about working with cork is that all the sawdust on the ground from the cutting is fully biodegradable. In fact, it may make a nice mulch!

There was really tricky detailing at the window surrounds. The bottom and top edges of the surrounds (see my earlier blog on window surrounds) are pitched, so the cork insulation had to be cut with a matching bevel and slid in. We wanted a fairly tight fit for energy-performance reasons, but they had to be able to slide the cork in. And in doing so, they had to make sure that the pre-applied Pro Clima Solitex weather resistive barrier (housewrap) on the window surrounds would remain exposed so that it could be properly overlapped and taped to the housewrap being installed on the whole house. Tricky detailing indeed.

Similarly challenging details had to be dealt with at the roof edge—both at the eaves and gable end, but the completed job looked great! Sadly, the cork is now hidden by the housewrap, but I loved admiring it before it was covered.

To hold the cork in place we used angled screws through the thinner top of the panel. Strapping will be screwed into the framing to hold the cork tightly.Photo Credit: Alex Wilson

As the sheets of cork were attached to the wall, the upper shiplap edge was screwed into the framing with angled screws. Once the housewrap layer is entirely installed, full-dimension, 1" x 3" strapping will be installed vertically and screwed into the framing with 8” Simpson Strong Tie screws. The screws will be countersunk into the strapping, providing a little over an inch of purchase into the Zip sheathing and framing. Horizontal clapboard siding will then be nailed onto the strapping.

Cork seems like the the perfect exterior insulation board for many applications! Hopefully, they can bring costs down so that we can all use it.

I was surprised to read that had this been a new construction project you probably would have used cavity-fill insulation, "Had this been new construction, we would probably have picked a very different insulation system that relied just on (less expensive) cavity-fill insulation, but we were dealing with an existing 200-year-old frame as out starting point, so we decided early on that exterior rigid insulation would be part of the system, and to meet our R-value goals we opted for six inches of cork."

What would this assembly looked like? How would you have overcome the thermal bridging? We really like exterior insulation as it overcomes the high framing factors and large steel moment frames that we encounter on the  custom homes that we work on here in California (for seismic reasons and expansive windows/doors). 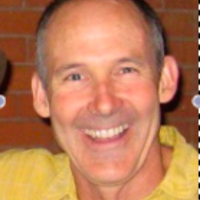 Hi Alex, I am considering repping this but am given some pause from this from a swiss doctoral dissertation:

kilogramme, but a high embodied energy content per insulating capacity. The high density and the

and thus in the considerable embodied energy content per insulating capacity. The low embodied

small share of the energy needed for the cork production. The consideration of the substantial lorry

offered by the used databases include the transport distances only in the form of rail transports,

which is not very realistic. Furthermore, the low embodied energy content per kilogramme belies

the non-sustainable exploitation of the cork woods. It can be concluded that the low embodied

energy content per kilogramme of the cork slab has to be interpreted carefully. (ecoinvent, 2006;