USGBC rolls out two new certifications based on actual performance tracked through the Arc platform.

The U.S. Green Building Council (USGBC) is attempting to take LEED to a whole new scale as it launches two new certification programs: LEED for Cities and LEED for Communities. Built on the newly released Arc platform (see New Tech Startup, Arc Skoru, to Support USGBC, GBCI with Data), the new programs will not replace LEED for Neighborhood Development, which will continue to operate, but rather establish a path for existing places to become certified all at once.

To pursue certification, a community or city first applies for “precertification” by creating a roadmap that sets out goals and defines a plan for reaching those goals. Once a project’s roadmap is approved, the city or community enters a year’s worth of actual performance data about energy, water, waste, transportation, and human experience into Arc and receives a performance score.

What’s behind the score

“This score helps communities understand how their performance relates to that of their peers,” Gretchen Sweeney, vice president of LEED Implementation at USGBC told BuildingGreen. “Whereas building comparisons are made along dimensions such as occupancy and size of the building, here comparisons are made on a per capita basis.”

The Arc platform will support tools communities already use to come up with those per capita estimates, according to Sweeney. For emissions per year per capita for example, the Arc platform might eventually connect to the Global Protocol for Cities or ClearPath. A city with a large population will receive a higher energy score if it produces fewer emissions relative to other cities with similar population sizes. Communities that achieve a score of 40 or above across all the categories can submit for LEED certification.

The certification programs are designed to be applicable to cities, communities, neighborhoods, districts, townships, and counties, according to a USGBC press release, and the requirements are the same between LEED for Cities and LEED for Communities.

Though these rating systems are a departure from LEED’s usual structure of prerequisites and credits, the emphasis on performance as a path toward certification parallels USGBC’s new strategy of using the Dynamic Plaque to bring more existing buildings into the fold of its rating systems (see Dynamic Plaque Piloted as LEED Performance Path). With these new certifications, a city or community can technically use any program it chooses to achieve a desired performance score, but in benchmarking performance through Arc, it might decide to promote USGBC’s other rating systems, such as GRESB, SITES, or LEED’s building-scale rating systems, as a part of its strategy. 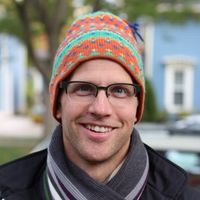 I see the fee is $2500 for five years.   I'm guessing that's all-in?  It includes pre-cert and certification reviews?

Certified Communities: When Greening Neighborhoods One Building at a Time Isn’t Enough