More Questions Than Answers in Report on Reflective Pavements

A report funded by the asphalt industry warns there could be consequences from solar radiation bounced off reflective pavements.

A white paper funded by The National Asphalt Pavement Association and the State Asphalt Pavement Associations recently drew attention by asserting that reflective pavements, which are promoted in programs like LEED for mitigating the urban-heat-island effect, could be doing more harm than good. However, the conclusions drawn from limited field research are sketchy, raising questions about whether the asphalt industry introduced bias.

The report, titled “Unintended Consequences: A Research Synthesis Examining the Use of Reflective Pavements to Mitigate the Urban Heat Island Effect,” argues that non-roof pavement with a high solar reflective index (SRI) may reflect solar radiation in a way that creates undesired ground-level impacts—chief among them increased cooling loads from reflected heat absorbed by adjacent buildings.

However, as co-author Zhihua Wang, Ph.D., himself told EBN, the report’s literature review is “focused on one side of the story,” and the research is preliminary. For example, to study how effectively reflective pavements reduce overlying air temperatures, the researchers monitored air temperatures just five feet above small, 12' x 12' sections of reflective and non-reflective surfaces. Unsurprisingly, they found little difference in air temperatures. “The [field research] is not very representative of the heat-island effect,” according to Wang. “It is more representative of general physics.”

That said, Wang supports the report’s conclusion that porous asphalt and pervious concrete are likely better materials to mitigate the urban-heat-island effect because of their lower nighttime surface temperature, as observed in the same study. The authors plan to publish their research for peer review. 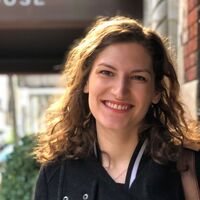 The Global Cool Cities Alliance has issued a letter to Arizona State University calling this report “deeply flawed” and requesting that it be retracted or submitted for peer review. A fact checking document identifying 60 major problems with the report can be downloaded on the GCCA website. Criticisms include that the authors exclude a large body of research and do not support their own claims.

Are Cool Roofs Green? The Answer’s Not Black and White