True District-Scale Energy Modeling Is on Its Way

If you thought doing an energy model on one building was hard, try a whole district. But NREL is going to make it easier.

In theory, district-scale energy systems are the future. But there’s a big problem: it is very difficult to model them—which in turn makes it difficult to design them. That’s now being rectified with the Urban Renewable Building and Neighborhood optimization (URBANopt), an EnergyPlus- and OpenStudio-based simulation platform being developed by the National Renewable Energy Laboratory (NREL).

By grouping a mix of load profiles close together, like a bakery that runs ovens during the day and an apartment building that needs space heating at night, district-scale energy systems can leverage efficiencies or utilize more advanced technologies, like co-generation or pairing renewables with storage.  However, current energy modeling tools focus on individual buildings, leaving designers to combine the results of many simulations.

In its current form, URBANopt is already an improvement because it post-processes thermal load profiles from individual buildings into a separate district-system simulation tool. The resulting multi-building analysis enables the design of very low-energy campuses and districts. But in addition, over the next three years, URBANopt will be further developed to provide co-simulations that take into account geographic proximity, connections between buildings, and interactions with the grid. This will allow for modeling of grid-interactive buildings at a district scale in conjunction with distributed energy resources, like photovoltaics.

URBANopt itself is a software development kit, not a standalone program for a designer. Commercial software developers will need to integrate the modules into existing end-user tools, like ComStock or ResStock, which are currently used to model populations of buildings. 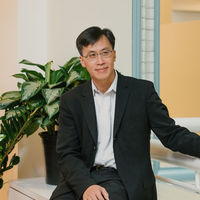 We are working with NREL on this.  It will be a pretty cool tool.