When Structure Tone, a construction management and contracting company with offices around the world, decided to move its New York headquarters into a new space, it wanted to make an investment in support of its most valuable resource—p­­­­­­eople. The company’s new office at 330 West 34th Street is the first project in New York City to achieve WELL certification and provides a workspace that supports a culture of healthy living and collaboration. Now happily situated in its new office, Structure Tone says the project—far from being a financial risk—was an excellent investment, and that the company will be advocating for the rating system with its clients.

A central open stair—the project’s most striking architectural feature—connects the two floors of the office, encouraging employees to engage in physical activity as they circulate through the office. An onsite “WELL café” provides employees with options for healthy snacks and prepared meals, and an automated health profile system allows employees to track their diets and learn to make more nutritional choices. The company also offers employees subsidized memberships to a local gym and to CitiBike, New York’s bike share program.

Having visited the project in person, BuildingGreen can report that measures taken to enhance acoustic and visual comfort do contribute to a sense of balance and calm throughout the space. Daylight is maximized, especially in the open office areas, which are not vast expanses of desks but are divided and arranged to create a series of well-scaled, neighboring spaces. The color and reflectivity of the finishes contribute to the quality of the interior light. James Donaghy, the company’s chairman, noted the effect these design features have on his mood and energy level, describing how, at the end of the workday, he leaves the office feeling lively and alert rather than fatigued.

Donaghy says he not only feels better while at work, it’s also affected his habits in other parts of his life. For example, he finds that he’s more conscious of selecting foods that will make him feel well and avoiding those that don’t. He notes too the impact on the culture of the office. Not only do the employees feel better, there’s also a heightened sense of community and collaboration.

For leasing reasons the company had to move to its new space quickly and did not initially target WELL certification. The accelerated project schedule meant that added-cost features were given only brief consideration.  However, when it became clear how WELL certification would impact employee well-being, there was a sudden shift in perception—what had been understood as just an added cost was seen instead as an investment. The decision was made even easier when the additional cost was expressed in terms of cost per person rather than cost per square foot.

Jennifer Taranto, director of sustainability at Structure Tone, added, “The way that the WELL certification spoke to the culture of our company and what we were trying to do and be in our new space—and the benefits to the employees in the space—that part I felt was a really robust argument that turned their heads at the end of the day.”

Donaghy notes that, when compared to total personnel costs, the added cost for WELL certification was “pennies,” ($0.99 per employee per day) and that though there are ongoing costs relating to maintenance—such as replacing filters—the cost per person is expected to decrease each year of operation. Taranto reports that certification ultimately required a 0.66% increase in hard costs—an additional $1.10 per square foot—mostly to cover nonconventional items like carbon dioxide sensors, special signage, task lighting, and additional noise remediation.

It took a team

Both Taranto and Donaghy stress the importance of a robust, integrative process. “Because of all of the different systems, and all the different parts and pieces that have to go into place, there’s no way that you could do it without including all the stakeholders—it’s just not possible,” Taranto told BuildingGreen.

The integrative approach was also essential to controlling cost. By working with the entire team to establish a clear plan and budget at the outset of the project, the company was able to keep added costs low.

The involvement of a wider range of stakeholders also helped the project team overcome specific challenges. As a tenant in an existing building, the company inherited an existing air handling unit. To meet filtration requirements, the project team relied on close coordination with the base building facilities staff. Another big challenge had to do with the Nourishment feature. In order to meet the requirements, the project team had to work very closely with the food vendor (and the vendor’s various suppliers) to verify ingredients and curate a wholesome food selection to stock the onsite café.

1) By first experimenting with health and wellness features in their own spaces, design and construction companies can promote a culture of well-being in their workplaces while gaining familiarity with products, strategies, and rating systems—allowing them to implement these on client projects with greater efficiency and cost-effectiveness.

3) An integrative approach can control the added costs of health and wellness features and certification. Strong project management that promotes transparency while fostering close collaboration and clear communication with consultants can help project teams to achieve quality design outcomes in an efficient, cost-effective manner.

After construction, the verification part of the certification process was aided by the involvement of the WELL Assessor. Working closely with the assessor provided more clarity about the requirements and procedures than what the team was used to on LEED projects. “WELL behaves in the way that everyone wishes LEED did,” Taranto said. “It’s the openness and transparency all the way through the process that’s a huge benefit,” she explained. “Knowing this can alleviate some of the anxiety going into performance verification.”

Taranto said the effects of the WELL certification process have “transcended the one office” and “opened the door for conversations about new company-wide policies.” The company is also exploring the possibility of certifying more of its spaces and many employees have expressed interest in becoming WELL Accredited Professionals.

In an effort to better serve its clients, the company has been surveying its end users about the barriers to incorporating sustainability and wellness into their projects. According to Taranto, the number-one answer is always cost, but now that the company has gone through the process of certifying its own project and has shown it can be done without much added cost, it can better advocate for wellness by helping clients to see past the “cost stigma.” The company also hosts project interviews in the new space as a way to demonstrate to clients both the immediate, visceral impact of designing for wellness and the company’s commitment to the values it advocates for.

though I see no green plants, which is the most economical, easiest and most pleasant feature of making any office environment healthier. There is even a ted talk about it from Mumbai. 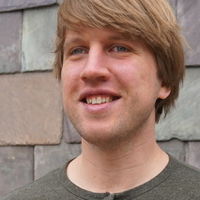 Thanks for your comment. Yes, indoor plants have many great benefits for the health and wellbeing of building occupants. BuildingGreen has published a few articles related to the topic, including: Bringing Nature Indoors: The Myths and Realities of Plants in Buildings and Biophilia in Practice: Buildings that Connect People with Nature.

Programming Buildings for Health: WELL, Fitwel, and Beyond

How WELL Got Green Building’s Groove Back

Sitting Is the New Smoking: Fad or Fact?