Energy Modeling the ASHRAE 209 Way: Throughout Design and Beyond

Building energy modeling has become more common over the last decade or so, and it’s a standard practice for projects pursuing LEED certification. But there’s a problem: the later the team waits to start modeling the building, the more potential energy-saving opportunities have been missed along the way.

Glazer is chair of the committee that developed ASHRAE 209, a new standard that lays out guidelines for an approach to modeling that informs the design rather than merely capturing the design’s energy implications after the fact. The standard includes but goes far beyond what we might think of as “early energy modeling”—an increasingly common practice used to analyze the energy-efficiency implications of different building orientations, massing, and other very early design decisions.

ASHRAE 209, formally known as Energy Simulation Aided Design for Buildings Except Low Rise Residential Buildings, advocates for modeling throughout design and even offers guidance for modeling after construction. “Buildings that were designed with the aid of building energy modeling throughout the design process are much more likely to be highly energy efficient,” claimed Glazer.

The standard explains how to best use energy modeling during 11 “modeling cycles,” listed here by design phase:

Of all these, only “load reduction modeling” during schematic design and any one other design-phase modeling cycle is required for a project to comply with the standard.

Glazer described some of the decisions that design-phase energy modeling can help with: “Does a window overhang make more sense than higher-efficiency windows? What about when daylighting controls are being used? How about when coupled with a light shelf? These are tough questions,” he said, “and the answers can only be guesses when building energy modeling is not being used.”

Although architects may have gotten used to the idea of using software tools to do early energy modeling, ASHRAE 209 does not necessarily advocate that approach. “Architects can certainly use building energy modeling, and there are some tools designed specifically for them,” said Glazer, “but to truly take advantage of building energy modeling, a lot of specialized knowledge is needed.” Although an architect’s own early models may be informative, the new standard requires the modeler to be certified in the practice.

But isn’t that going to be costly?

Glazer says it’s not. “Owners realize that having a building energy modeler on the team from the start provides valuable insights into optimizing the design and yet is not costing much more than having them involved at just the end to do the LEED modeling,” he said.

Shoebox Energy Modeling: How to Do Quick, Early Simulations

Melton, P. (2018, July 2). Energy Modeling the ASHRAE 209 Way: Throughout Design and Beyond. Retrieved from https://www.buildinggreen.com/newsbrief/energy-modeling-ashrae-209-way-throughout-design-and-beyond 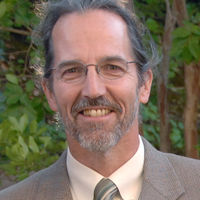 Usually I have to point out that an energy code compliance model is different from building energy modeling for design decision making, and explain why modeling during design is beneficial. However, in this case I want to point out that in most areas of the USA compliance with some version of ASHRAE 90.1 or the International Energy Conservation Code (IECC) is a legal requirement. You can comply prescriptively, but in a lot of instances you're going to need to do a compliance model unless you want to skip a legal requirement for your project!!!! Engaging a qualified modeler early will likely improve the performance of the design AND set you up to comply with code. It's NOT just about LEED modeling!!!!!!!

In my experience -- including many simplified energy models and a few complex ones -- the level of modeling called for in 209 will be pretty expensive.  Maybe that limits its usefulness to very large projects. (In my work 50kSq.ft. is big.) I find that the simplified SD level modeling is very useful, and that most of the big performance decisions about the building are over after schematic design anyway.  So there is a lot of value there for much lower cost... I also find that the DD and Value Engineering -- cost-cutting is usually what VE really is -- stage modeling is usually about cutting features individually, each of which doesn't detract that much from performance, so that this piecemeal modeling can result in death by a thousand cuts.