The Biden administration just finalized one of the most important greenhouse-gas-reduction initiatives in U.S. history.

For the first time ever, the U.S. is about to regulate greenhouse gas emissions.

On September 23, 2021, the U.S. Environmental Protection Agency (EPA) finalized a federal rule that will reduce emissions of hydrofluorocarbons (HFCs)—potent greenhouse gases used as refrigerants and in foam insulation. Many common refrigerants and blowing agents have global warming potentials thousands of times greater than that of CO2.

The EPA rule is the result of the American Innovation and Manufacturing (AIM) Act signed in December 2020 by former President Trump, who had a prior history of undermining climate initiatives. Yet the ruling effectively aligns the U.S. with limits included in the Kigali Amendment of the Montreal Protocol. According to the White House, “As directed in the AIM Act, the final rule from EPA will establish a landmark climate-protection program that will phase down the production and consumption of HFCs by 85% below baseline levels within the next 15 years.”

The ruling will also support development of HFC alternatives, manage current stocks of HFCs, and prevent “illegal trade, production, use, and sale of climate-damaging HFCs,” according to the White House.

Unlike fossil-fuel emissions, HFC reductions are not a partisan issue: the new ruling is supported by environmentalists, industry, and politicians on both sides of the aisle. As noted in BuildingGreen’s previous coverage, “Industry groups were concerned about the mix of state and federal regulations that have created a hodgepodge of standards across the U.S.” To read more about those concerns, see New Blowing Agents Revolutionize XPS Industry.

Thank you BG for your leadership on this topic 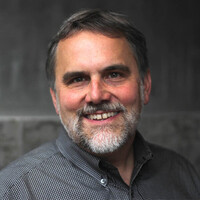 I still remember Alex's article many years ago on the blowing agent topic - of course now expanded overall to include refrigerants in heat pumps/chillers.  Thank you Alex and BG for your leadership on this, and for taking early heat on it.

It's so great when the industry starts to catch up.

From Ozone Depletion to Global Warming: The Kigali Amendment